Singer Jessica Simpson and husband Eric Johnson are expecting their third child. They’re already doting parents to 6-year-old daughter Maxwell Drew and 5-year-old son Ace Knute.  The couple will welcome a baby girl in September. Although this is good news for the family, the pregnancy has presented some trying moments for Jessica. 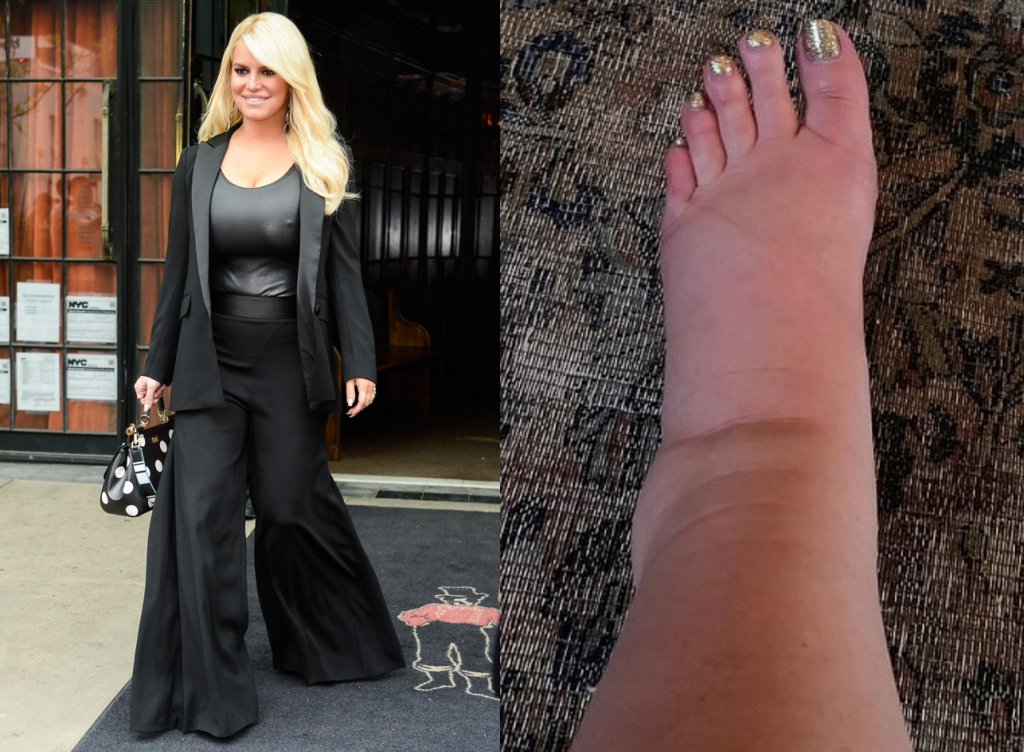 Her feet have been swelling, which is normal when expecting. To try and remedy the situation, she opted for cellulite cupping therapy. Judging by the before and after pictures she posted, the procedure worked exceptionally well. 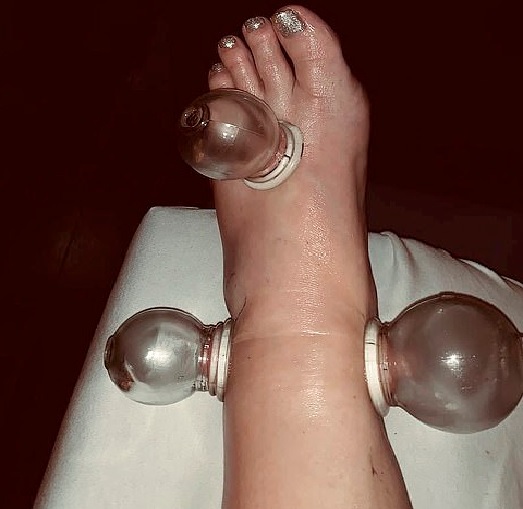 It’s an alternative form of therapy which uses a suction process to improve blood circulation around the area being treated.

A cup is placed on the affected part of your body for a few minutes, which sucks the skin under it. Although your skin appears swollen and red during and after the procedure, it’s not painful at all. There are three main types of cupping:

As the name suggests, it involves the use of fire. A cotton ball held with a pair of forceps is soaked in alcohol, lit and placed inside the cup.It’s then removed, after which the therapist immediately puts the cup on your body. Because the fire had already used up all the oxygen in the cup, it sucks up your skin.

This procedure uses various types of cups and methods to create low air pressure on the skin. When the cup is placed on your body, it has the effect of drawing the skin under it upwards. Modern dry cupping also involves the use of mechanical pumps and rubber cups.

This form of cupping involves making small incisions on your skin before or after suction begins. It’s believed to suck out any impurities and toxins in your blood system.

Fire cupping has been practised by the Chinese for more than 2000 years now. Cupping is also applicable on various parts of the body, as Jessica Simpson’s photo show. Her procedure was done by placing three cups around her ankles to relieve foot swelling. The results so delighted her that he referred to them as “skankles”, that is skinny ankles.

There has been a lot of debate surrounding this alternative medical procedure. While some medical experts claim it doesn’t work, many people swear by it. Apart from Simpson, celebrities like Gwyneth Paltrow, Victoria Beckham, Jennifer Aniston and Justin Bieber also practice it. They’ve been photographed before spotting the telltale red, round spots on their bodies that appear after cupping.

It’s also quite hard for a procedure to be trusted for over 2000 years if it didn’t have any benefits. If Simpson’s before and after photos are to be believed, cupping as a form of alternative therapy works.

Research into its effectiveness is ongoing. If you want maximum effect from this procedure, you’re advised to use it in conjunction with other forms of therapy. These include acupuncture and medication. If administered effectively by a qualified therapist, cupping has been shown to help with the management of certain illnesses and conditions. Other than foot swelling, these are:

If you opt for cupping as your preferred form of therapy, you should make sure it’s administered by a professional. If not performed correctly, you run the risk of having skin infections, bruises and burns.

Well, all’s good as Jessica Simpson reduces the swell with cupping and this looks more….normal. 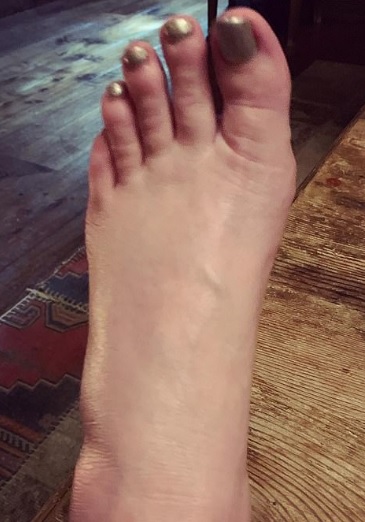 From the stunning cupping results posted by Jessica Simpson, cellulite cupping is a form of therapy worth trying. The procedure is relatively simple because it takes minutes to complete. The health risks involved are minimal and are easily outweighed by the potential benefits. All the celebrities who trust this alternative medical procedure cannot be wrong. Disclaimer: No doubt this poses little to no health risks, it may not work for anyone.